The Sentinel’s Alliance – Book 3 in the Silent Sea Chronicles will be released on 6th July 2019. I’m looking for bloggers and reviewers who would like to join in the publication day push run by Rachel’s Random Resources. Sign up to take part in promo / spotlight posts, reviews and Q&A’s. 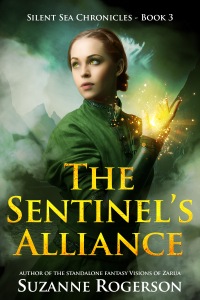 The Sentinel’s Alliance is the final book in the Silent Sea Chronicles trilogy.

The Sentinel’s Alliance is available for pre-order now. Only 99p.

If you can’t take part on the day but would still like to be involved, please contact me. ARC copies of all three books are available to reviewers. Book 3 available in June.