Bath is a beautiful city and one I was lucky enough to explore for my birthday treat two weeks ago. The weather on the first evening was fantastic, and we somehow managed to plan our stay with the start of Bath’s Music and Literary festival. Music to suit any taste was played all around the city, but the drumming and dancing procession was the highlight for me. I could have followed them around all evening! 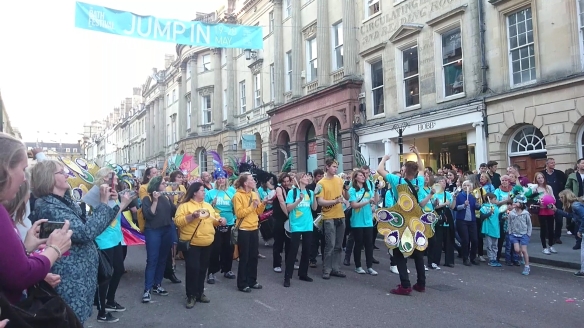 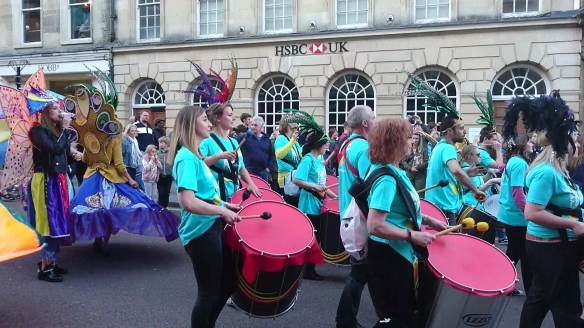 The Cathedral and Church by the Roman Baths looked beautiful in the evening sun; 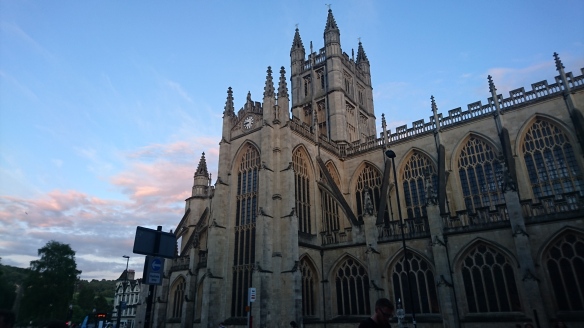 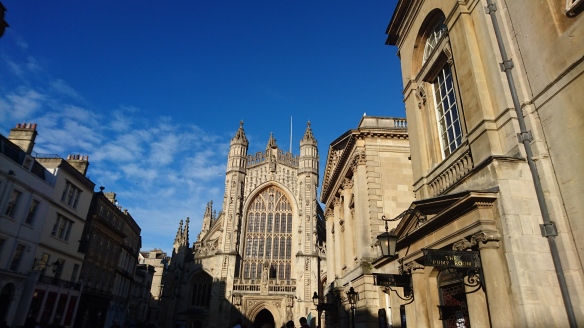 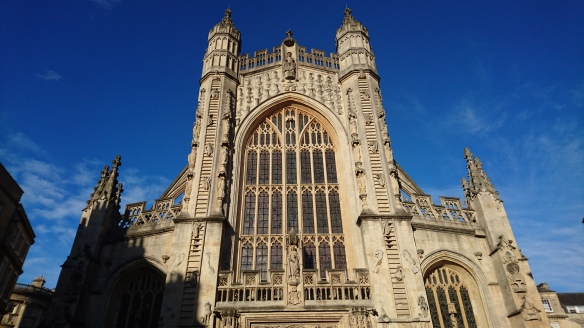 On our wander around the city I spotted this pub. It reminds me of one of my favourite characters from my new book, The Lost Sentinel – Garrick. I know from my beta readers that he’s also a favourite of theirs.

He’s partial to an ale or three, so I wonder what Garrick would make of this pub being named after him. 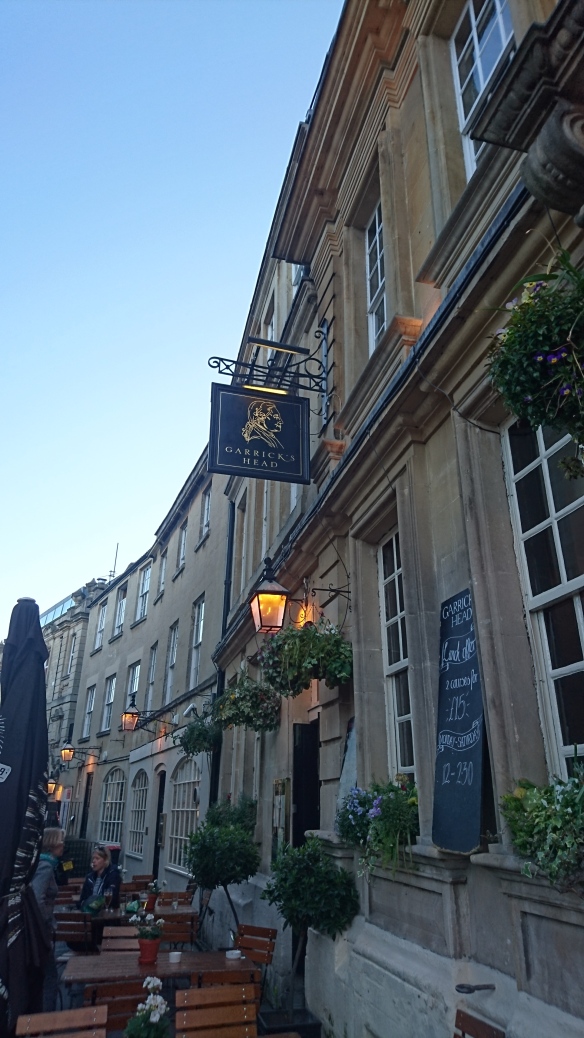 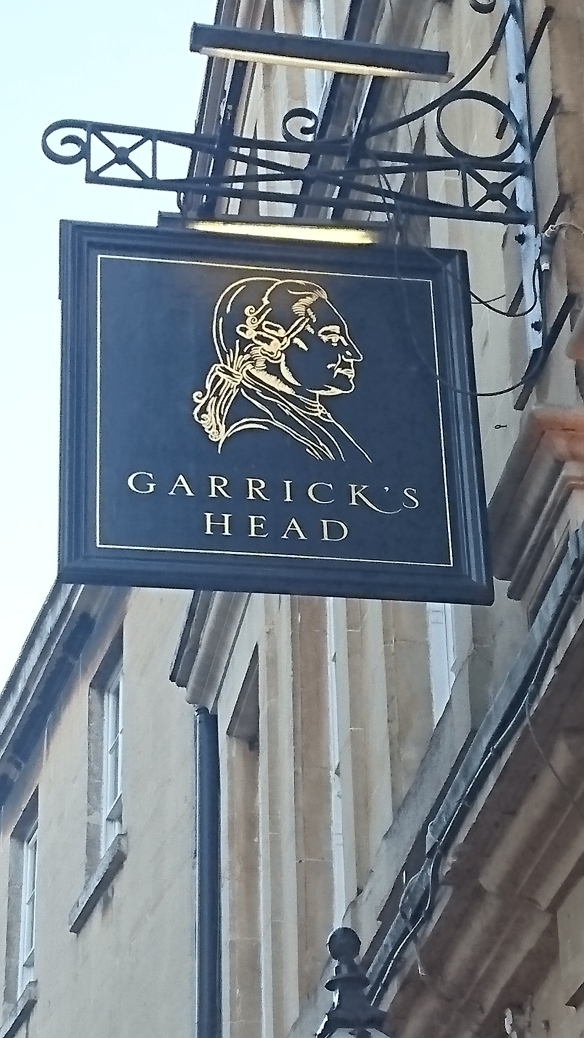 The picture couldn’t be more different from my Garrick though; he’s young, big built, shaven-headed and handsome! He’s also a hero with a big heart.

The next morning the sun had disappeared, but Bath is a beautiful city to explore in any weather. Many of the roads through the city had been closed off to traffic for a bike race happening that day.

This is the Guildhall, which I’d love to see inside. 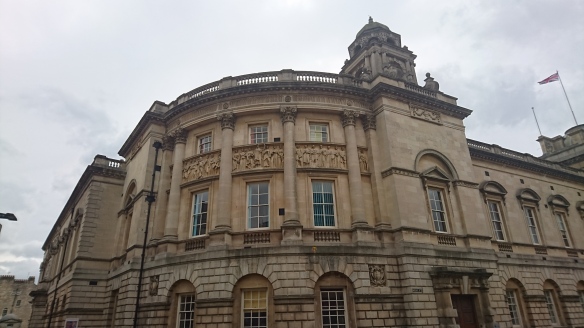 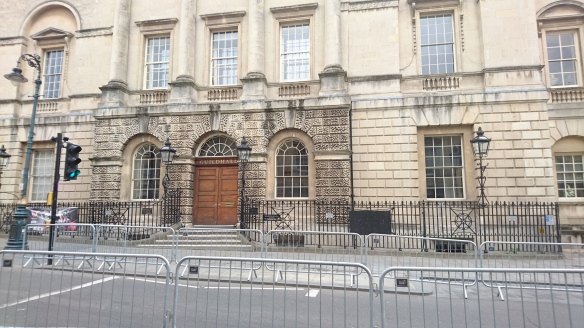 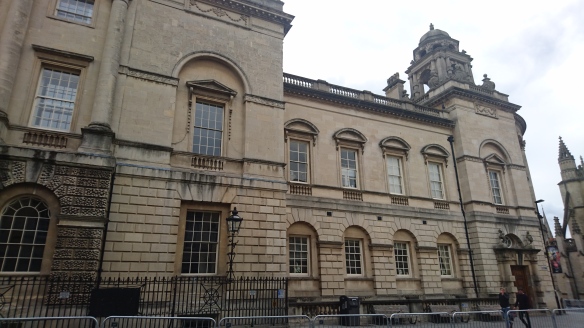 The church we’d seen the previous evening had been open to the public so I hadn’t seen these beautiful doors. 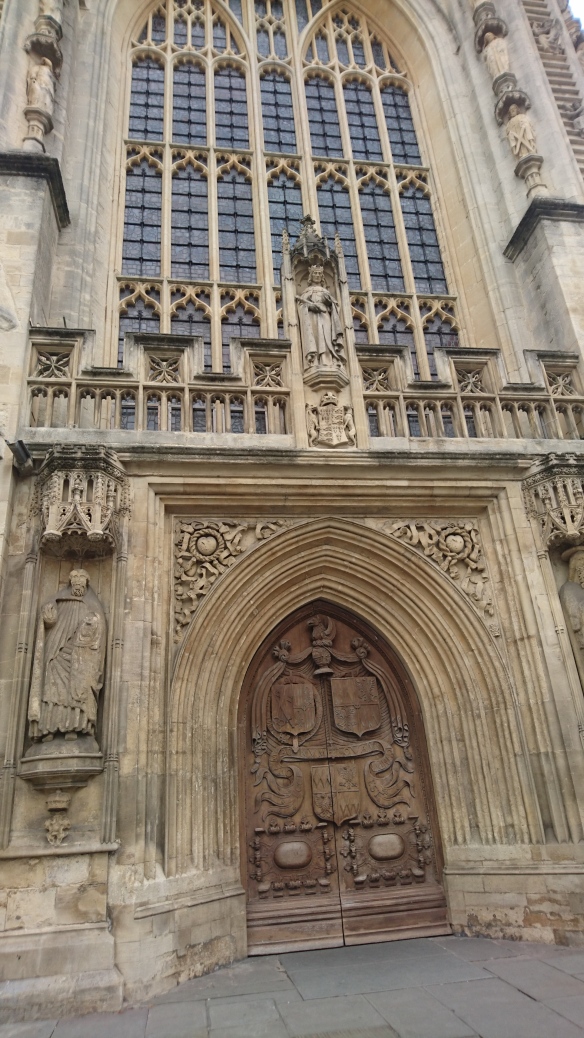 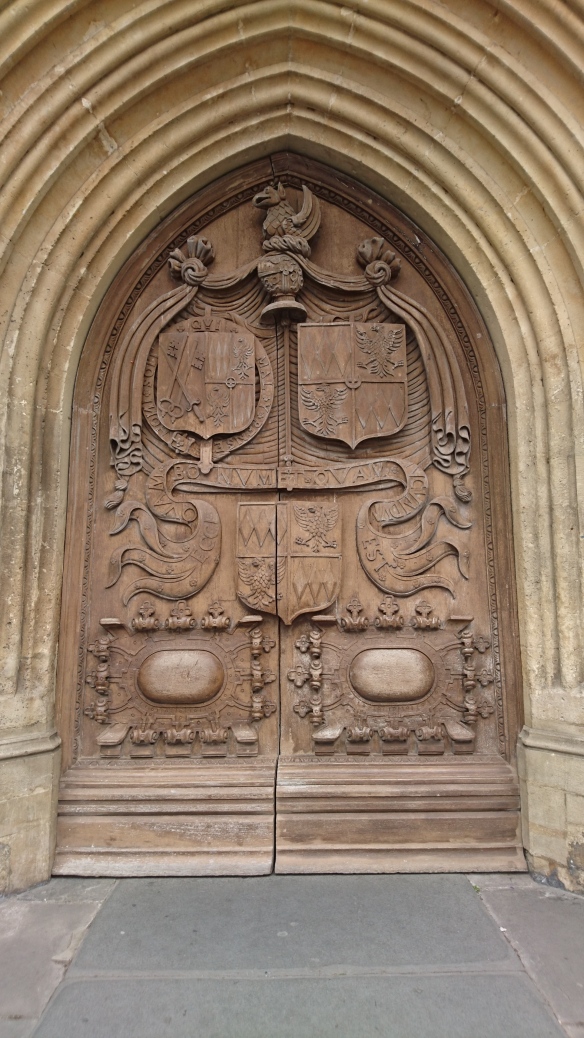 The Roman Baths were fascinating; 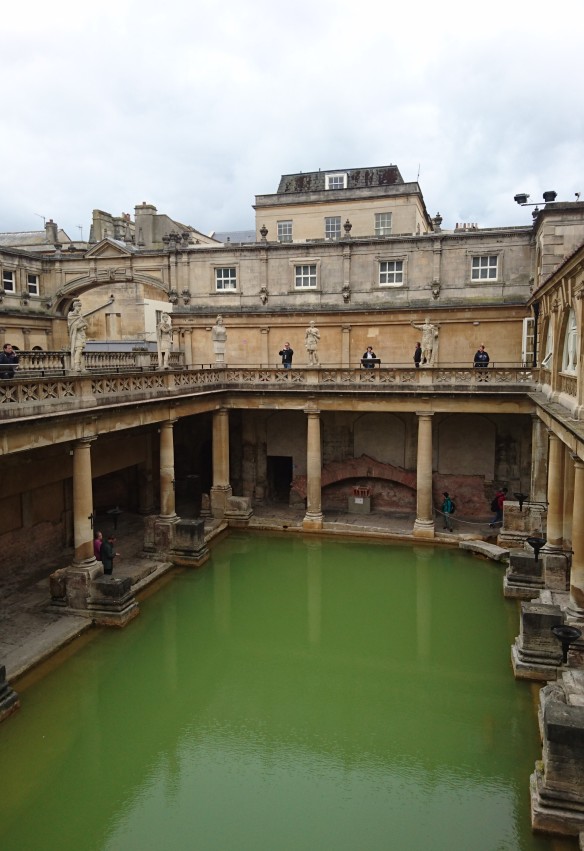 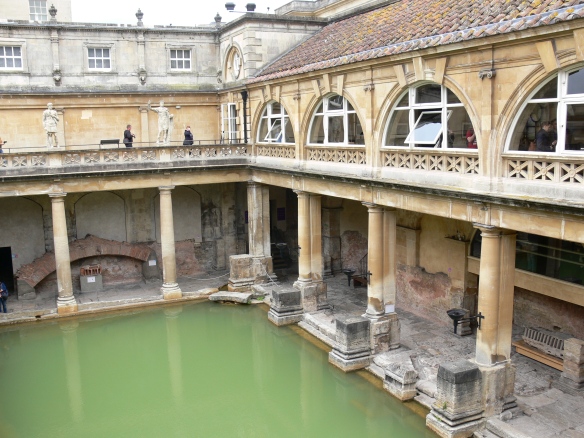 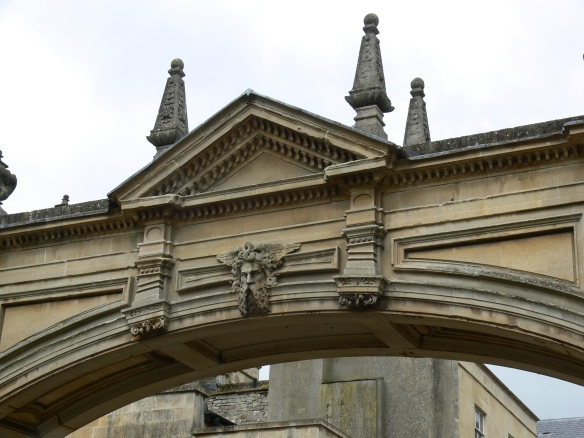 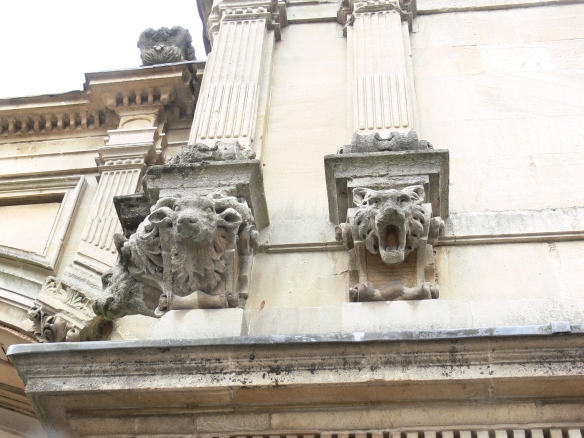 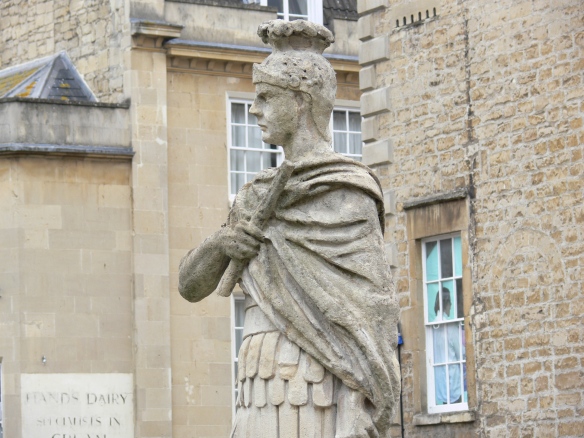 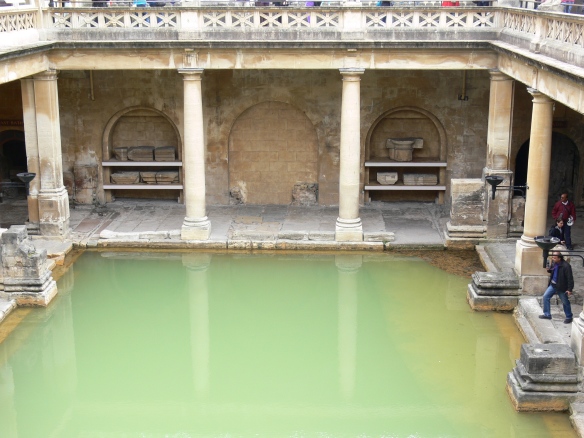 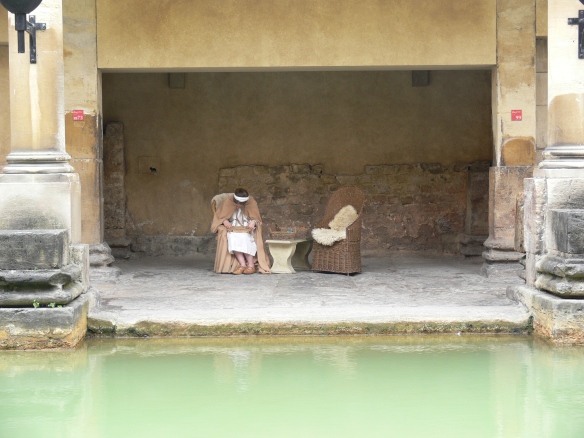 There was plenty to explore inside the baths too; the different bath houses, the artefacts, and videos of ancient roman life to bring the past alive.

You can also taste the natural spring water, which is said to have magic or healing properties. It was warm and had a very unique flavour – I suggest having a chewing gum at the ready!

Finally we stumbled upon a church with roosting Peregrines, which was a real bonus at the end of the trip. Despite the rain, I managed to get a couple of shots of them though the quality at such a distance wasn’t so great. Still wild Peregrines! 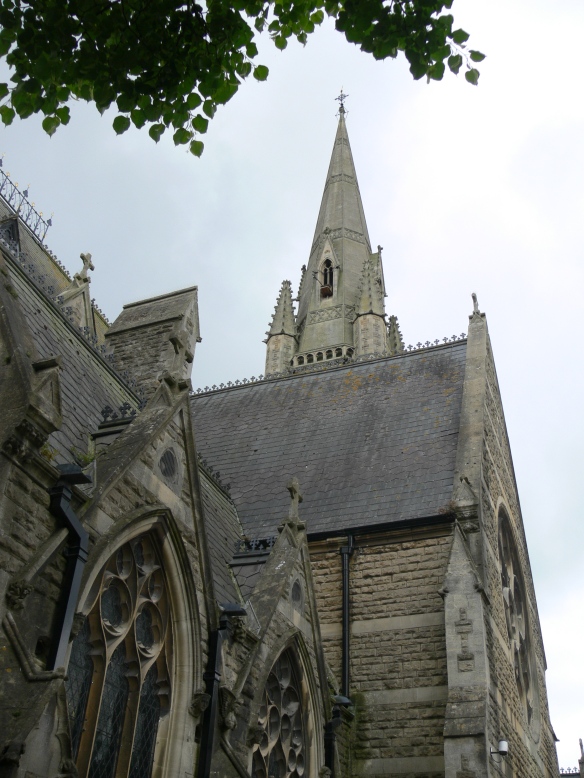 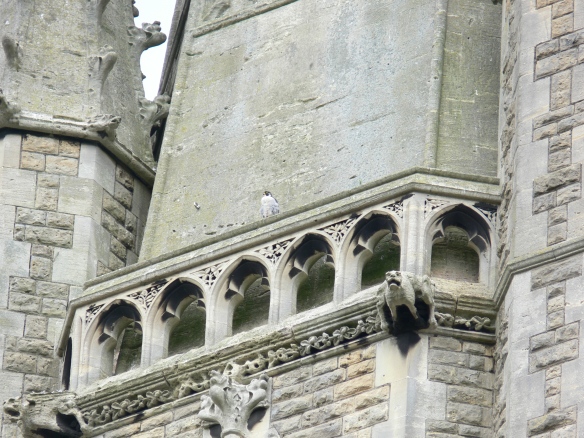 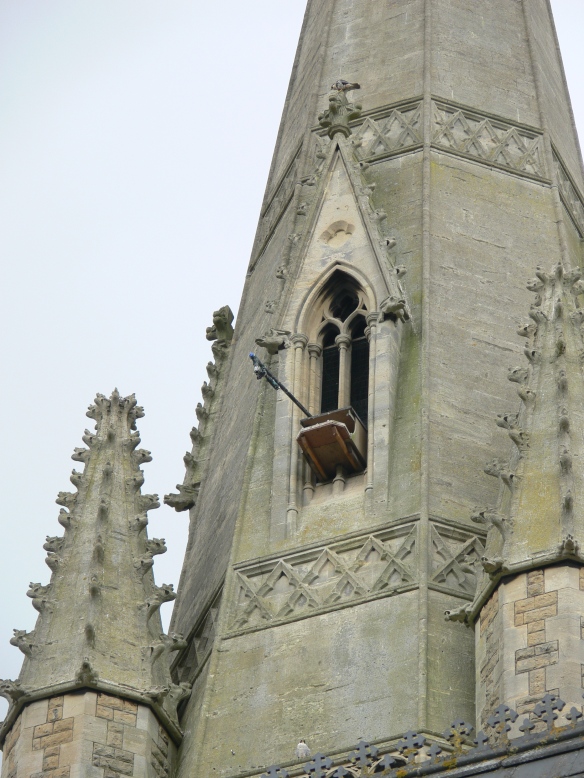 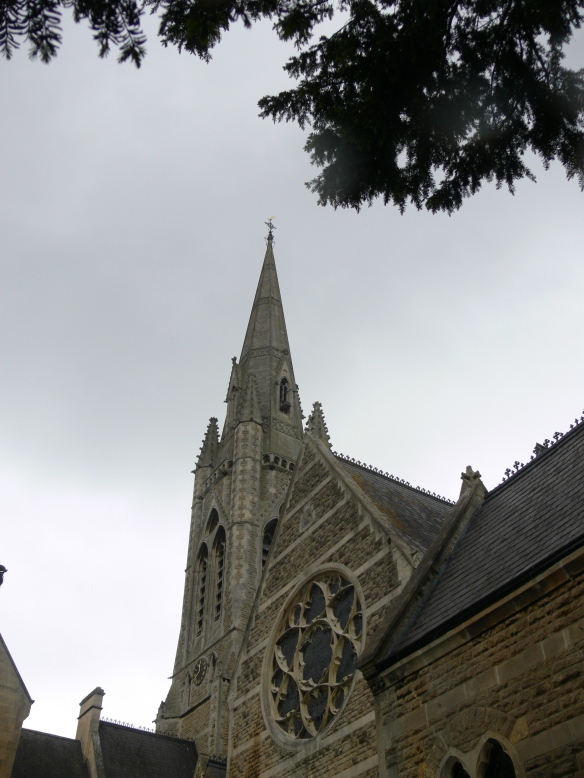 There was still so much of Bath we didn’t get to explore, which gives me a perfect excuse to go back there.

I hope you enjoyed my little tour. Next time I have a mini tour of Arundel and Chichester to share. And some wonderful shots of birds of prey from my day at Falco West Sussex Falconry. What an experience that was!