An audio review of Sisters and Lies by Bernice Barrington. 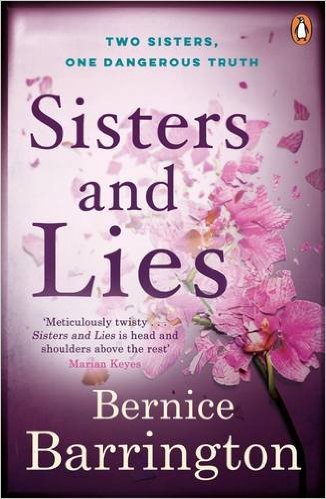 One hot August night, Rachel Power gets the call everyone fears. It’s the police. Her younger sister Evie’s had a car crash, she’s in a coma. Can Rachel fly to London right away? With Evie injured and comatose, Rachel is left to pick up the pieces of her sister’s life. But it’s hard fitting them together, especially when she really doesn’t like what she sees. Why was Evie driving when she doesn’t even own a licence? Who is the man living in her flat and claiming Evie is his girlfriend? How come she has never heard of him? The more mysteries Rachel uncovers the more she starts asking herself how well she ever really knew her sister. And then she begins to wonder if the crash was really the accident everybody says it is. Back in hospital, Evie, trapped inside an unresponsive body, is desperately trying to wake up. Because she’s got an urgent message for Rachel – a warning which could just save both their lives . . .

The story starts with a seemingly simple situation – Rachel’s sister Evie is in a coma after a car crash.

It’s soon clear that Evie’s life is not as simple as Rachel’s believes and the mysteries soon begin to add up, some of them linked to their past. It’s a real page-turner, or avid listen in my case.

I really enjoyed the audio version of this book. The two narrators voices are so distinctive, I can still hear them in my head now. I really miss their accents and the story itself was one I could have listened to for much longer.

The plot built up steadily and I enjoyed switching between Rachel in the now of the story as she investigates her sister’s accident, and Evie in her coma and how she re-lives the events building up to the moment she remembers how she got into the car accident.

I highly recommend Sisters and Lies to thriller addicts like me.