I’m really pleased to share this great review of Visions of Zarua.

BOOKS FROM DUSK TILL DAWN 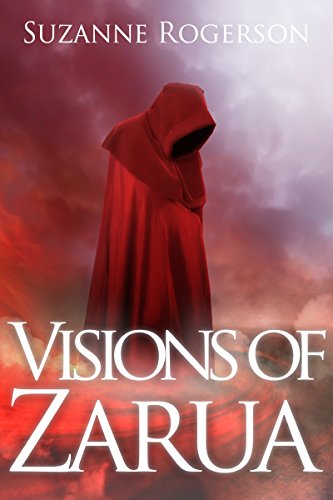 An ancient darkness haunts the realm of Paltria.
Apprentice wizard Paddren is plagued by visions of a city on the brink of annihilation. When his master Kalesh dies in mysterious circumstances, the Royal Order of Wizards refuses to investigate.
Helped by his childhood friend, the skilled tracker Varnia, and her lover Leyoch, Paddren vows to find the killer.
The investigation leads Paddren down a sinister path of assassins, secret sects and creatures conjured by blood magic. But he is guided by a connection with a wizard from centuries ago – a wizard whose history holds the key to the horror at the heart of the abandoned city of Zarua. Can Paddren decipher his visions in time to save the Paltrian people from the dark menace of Zarua’s past?