This weekly book sharing game was set up by Shelley Wilson. See the rules below. 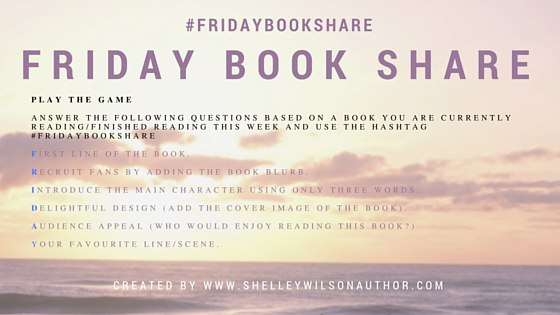 ‘Madame, Madame!’ I shout, and wave my arms around like I’m at a Take That concert, trying to attract Gary Barlow’s attention in the midst of thousands of other possessed fans.

Escape to France with LATE SUMMER IN THE VINEYARD – Jo Thomas’s irresistible follow-up to THE OYSTER CATCHER and THE OLIVE BRANCH. ‘A fabulous French feast of fun’ Milly Johnson

Emmy Bridges has always looked out for others. Now it’s time to put down roots of her own.

Working for a wine-maker in France is the opportunity of a lifetime for Emmy. Even if she doesn’t know a thing about wine – beyond what’s on offer at the local supermarket.

There’s plenty to get to grips with in the rustic town of Petit Frère. Emmy’s new work friends need more than a little winning over. Then there’s her infuriatingly brash tutor, Isaac, and the enigmatic Madame Beaumont, tucked away in her vineyard of secrets.

But Emmy will soon realise that in life – just as in wine-making – the best things happen when you let go and trust your instincts. Particularly when there’s romance in the air…

Romance lovers, especially those who like to be transported to other countries (France in particular).

‘Shit!’ I spin round to what I thought was my pile of luggage that I’d left on my bed ready to unpack but it isn’t a pile of luggage at all. My luggage is now on the floor. My heart starts thundering like a young horse in its first Grand National. My eyes open wider and I clutch the towel more firmly.

I am totally loving this book and will hopefully post a review next week. In the meantime check it out on goodreads.