The Wedding Proposal by Sue Moorcroft. 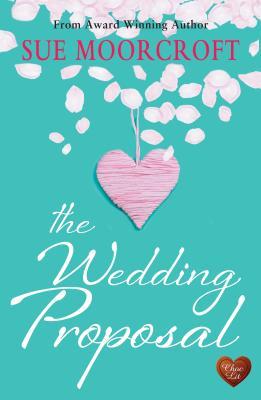 Elle Jamieson is a private person, in relationships as well as at work – and for good reason. But then she’s made redundant and with no ties to hold her, Elle heads off to sunny Malta.

Lucas Rose hates secrets – he prides himself on his ability to lay his cards on the table and he expects nothing less in return. He’s furious when his summer working as a divemaster is interrupted by the arrival of Elle, his ex, all thanks to his Uncle Simon’s misguided attempts at matchmaking.

Forced to live in close proximity, it’s hard to ignore what they had shared before Lucas’s wedding proposal scared Elle away. But then a phone call from England allows Lucas a rare glimpse of the true Elle. Can he deal with Elle’s closely guarded past when it finally comes to light?

My Review – in brief

I was first attracted to this book because of the location. I’m very interested in Malta and have just returned from a holiday there – my first trip abroad in over 15 years. I originally read this book hoping it would help me get excited about the country as I was very nervous about flying.

I’m happy to say that not only did this book do the country and friendly people justice, it really gave a feel for the island and the culture as well as the heat. There were lots of little details that added to the reading experience and brought Malta alive for me.

The characters were believable and the conflict between them was plausible. I really enjoyed this story and will definitely read more of Sue Moorcroft’s work.

I recommend to those who enjoy romance with a touch of steaminess, and that’s not just the Maltese temperature!