Day 10 of the tour and I’m pleased to be visiting Shelley Wilson’s blog for a Book Spotlight.

I Write. I Read. I Review

I am delighted to be hosting a spot on Suzanne Rogerson’s Blog Tour for her debut fantasy novel, Visions of Zarua. 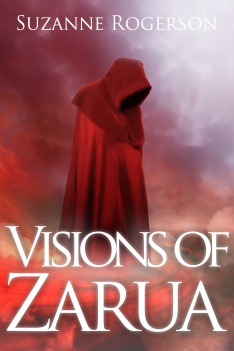 Together they must save the realm of Paltria from Zarua’s dark past.

Apprentice wizard Paddren is plagued by visions of a city on the brink of annihilation. When his master Kalesh dies in mysterious circumstances, the Royal Order of Wizards refuses to investigate.

Helped by his childhood friend, the skilled tracker Varnia, and her lover Leyoch, Paddren vows to find the killer.

The investigation leads Paddren down a sinister path of assassins, secret sects and creatures conjured by blood magic. But he is guided by a connection with a wizard from centuries ago – a wizard whose history holds the key to the horror at the heart of the abandoned city of…